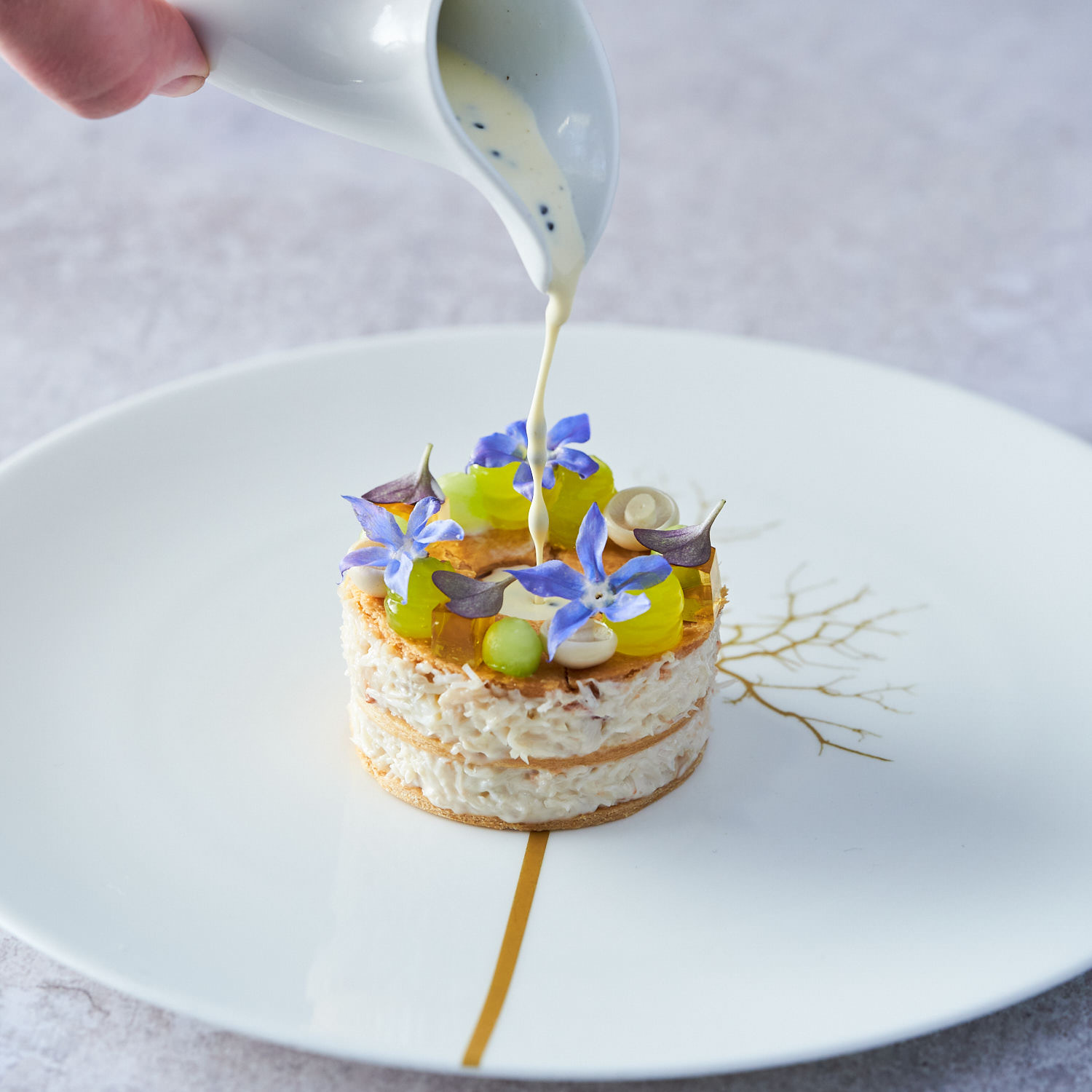 Here at Twenty_Seven our ethos is quite simple; we use fresh local produce, skilfully prepared and served in a relaxed, yet vibrant environment. Quality is key, Jamie only sources and cooks the best produce from nature’s larder provided by a superb team of local food suppliers. All the fresh produce is raised, caught, or grown within twenty-seven miles of the restaurant, and much of it is a lot closer.

Matched with quality wines and cocktails we guarantee you an unforgettable experience.

Twenty-Seven Restaurant in Kingsbridge was opened by the talented and creative chef, Jamie Rogers, as recently as 2018, and within three short years, not only has the restaurant established itself as a destination restaurant for foodies across Devon and further afield but has also racked up an impressive raft of awards.

From humble beginnings, growing up in Wales, Jamie developed a love of cooking early on, encouraged by his grandma, ‘My favourite childhood dish was her corned beef and fried egg sandwiches with brown sauce. They were always delicious.’ 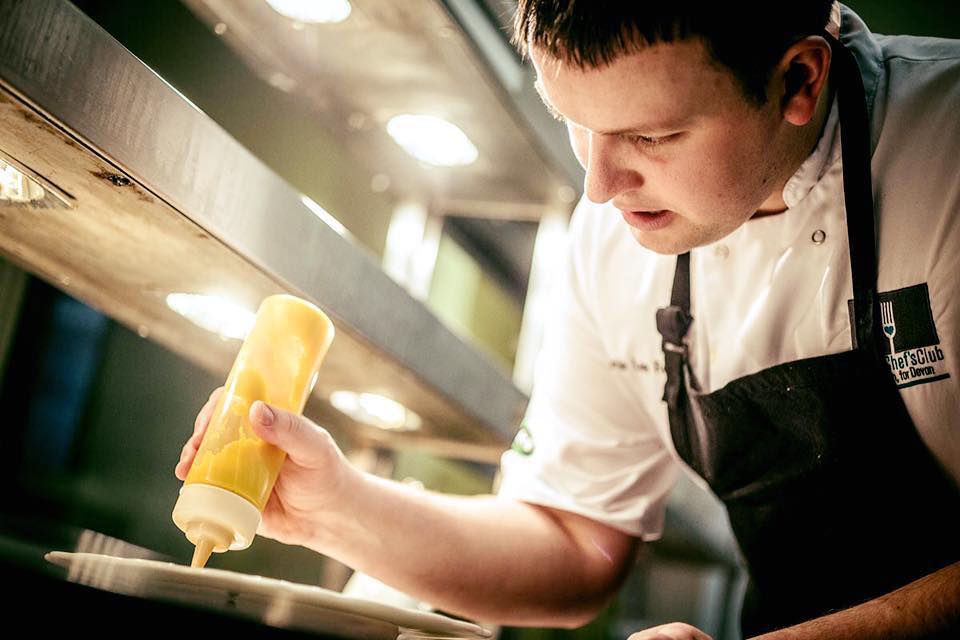 Following a move to the South West at the tender age of twelve, he started his cheffing career at the Cricket Inn, Beesands, as a pot-washer and helping with preparing salads and plating desserts. This was also where he developed a love of fishing and formed his relationships with the skippers of the day boats, watching them bring in their catches each day. This is one of the reasons he can get his hands on the best shellfish and freshly caught fish for Twenty-Seven every day, which is a good job when you consider the amount of lobster this man can get through in a week. Jamie says, ‘The produce here is world class. That is what sets South Devon apart. I have eaten seafood all over the world, and there is nowhere that offers fish and seafood as good as here!’

After a troubled start to life and a short-lived flirtation as a bit of a naughty boy (banned from driving three times whilst under-age) there followed a brief period in a youth offenders’ prison on the strength of it. Once he was released, he knew it was time to sort himself out, and realise his calling in the kitchens. A completely reformed character, from then on, he seized every opportunity he could to learn from some of the most respected chefs in the area. It’s fair to say he hasn’t looked back.

Jamie began his culinary education as a stagiaire (a form of internship where young trainees work for free in a kitchen to learn skills from chefs) and worked his way around some of the best kitchens in the South Hams. Still only sixteen years old, Jamie then moved to Plymouth and started working as an apprentice for The Tanner brothers at Tanners and the Barbican Kitchen before taking a position as sous chef at the Glassblowing House on the Barbican at Plymouth. After a spell at the South Sands Hotel in Salcombe, in 2013, Jamie moved to Langdon Court Hotel, one of Devon’s finest hotels and wedding venues, initially as sous chef. After such a rigorous apprenticeship, Jamie was soon promoted to Head Chef there in 2014. Jamie attained two red rosettes for the hotel in just three months.

After nearly five years at Langdon Court, he left to take up the position as head chef at the newly renovated Belgrave Sands Hotel, Torquay, which he and the owner opened up from scratch with Jamie having a hand in the design of the rooms, restaurant, and staff uniforms. This sharpened his skills and whet his appetite for what was just around the corner.

By now, Jamie was restless for his own establishment. He moved to The Wardroom in Salcombe for a short spell, later in 2017. The owner of the Wardroom at the time also owned No. 9, Mill Street, Kingsbridge ... As a child Jamie used to walk past this building - that has had many incarnations as a restaurant in the past - and would dream to himself, ‘One day, I’m going to own that.’

Jamie went on to realise this long-held dream of opening his own restaurant, Twenty-Seven by Jamie Rogers, in the spring of 2018.

In a relatively short space of time, he’s created a sought-after dining experience with very loyal patrons, tackled the challenges of a global pandemic with aplomb, built a solid social media presence regularly engaging with his customers, and continues to pick up awards.

When asked what he enjoys most about his job, Jamie responded, ‘It gives me so many opportunities to be creative every day. I love writing menus and experimenting with new dishes. I also love making people happy.  It gives you such an adrenaline buzz doing a busy service, and it is fantastic to hear that people enjoyed the food.’